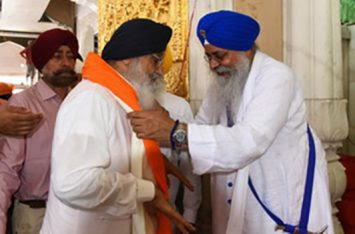 Iqbal Singh, appointed Jathedar of Takhat Sri Patna Sahib, while making the issue of Raagmala public, released a supposed ‘edict’ which gives order to the Sikh Sangats to take away the Saroops of Siri Guru Granth Sahib jee from such Gurdwara Sahibs where Raagmala is not read. Giani Iqbal Singh the jathedar of Takhat Siri Patna Sahib in a statement said that at Takhat Sri Patna Sahib a special meeting of Punj Pyare was held and it was unanimously decided that in Gurdwaras where Raagmala is not read, the Sacred Saroops of Siri Guru Granth Sahib jee should be taken away from there.